Angelica Ewö Reimer has been with us since 16 November as the new head of the Advisory business area. With her extensive experience in family law and change of ownership, Angelica will be an important addition to being able to offer our owner-managed companies even broader advice.

Angelica has worked as a lawyer for just over 20 years and has very extensive and broad experience of civil law advice to primarily large and medium-sized owner-managed companies, including its owners / families. Angelica’s way of working is unique as she can offer both family legal and business legal advice at the same time. This combination of experience has proved particularly appreciated and has led to several major and long-term assignments.

Over the years, Angelica has worked extensively with various corporate transactions, but is particularly passionate about family law and ownership changes. As many Swedish companies are currently facing a change of ownership, Angelica has, for the past two years in particular, devoted itself almost exclusively to this type of advice.

She has helped the company / owners / families from A to Z in these often difficult issues, such as how to handle active versus passive owners and how children who do not take over the company should be compensated in the best way based on a sense of justice.

In 2010, Angelica was commissioned to nationally build and lead PwC’s legal operations, PwC Legal. An assignment that lasted until 2019 when the group comprising just over 30 lawyers was placed throughout Sweden.

Angelica has its customer base primarily in Stockholm but also in Skåne, Halmstad, Kalmar and Växjö. She is an esteemed speaker and has during her years as a lawyer given a variety of lectures and trainings, for example at the Board Academy, Entrepreneurs and the Swedish Chamber of Commerce.

During her first four years as a lawyer, Angelica worked at the Swedish Tax Agency and was, among other things, chairman of the Tax Board and litigator. In addition, almost 16 years at the auditing firm PwC.

In this way, Angelica has gained a very good foundation and understanding of various tax law issues and knows when a tax lawyer needs to be involved in an assignment to get the whole picture.

Read more about the Advisory business area for which Angelica is responsible.

News about the firm 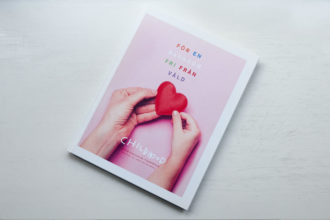 by Berghco
News about the firm 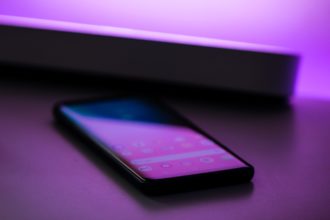 Family law and the pandemic

We are currently looking for new talent. Visit our

On the move — we specialize in outsourced law.

Our mission is to eliminate risks 🙅

Our street in Stockholm 📸

Labour laws are quite evolved in Sweden and you ar

Michael Erici is an associate at our office in Sto

Let us come to you — we assist clients with lega

Scroll up Drag View
We use cookies to provide you the best experience.
CLOSE AND ACCEPT
Manage consent

This website uses cookies to improve your experience while you navigate through the website. Out of these, the cookies that are categorized as necessary are stored on your browser as they are essential for the working of basic functionalities of the website. We also use third-party cookies that help us analyze and understand how you use this website. These cookies will be stored in your browser only with your consent. You also have the option to opt-out of these cookies. But opting out of some of these cookies may affect your browsing experience.
Necessary Always Enabled
Necessary cookies are absolutely essential for the website to function properly. This category only includes cookies that ensures basic functionalities and security features of the website. These cookies do not store any personal information.
Non-necessary
Any cookies that may not be particularly necessary for the website to function and is used specifically to collect user personal data via analytics, ads, other embedded contents are termed as non-necessary cookies. It is mandatory to procure user consent prior to running these cookies on your website.
SAVE & ACCEPT